Anyone can cook meat, all you need is a frypan, temperature controlled stove and a dash of oil.
It takes a real man to cook on raging flames, with the temperature fluctuating between burn and incinerate, when even getting close enough to flip the meat might cost you an eyebrow..thats what makes  it 'Mans work'.

* Perfect, the meat should go on NOW 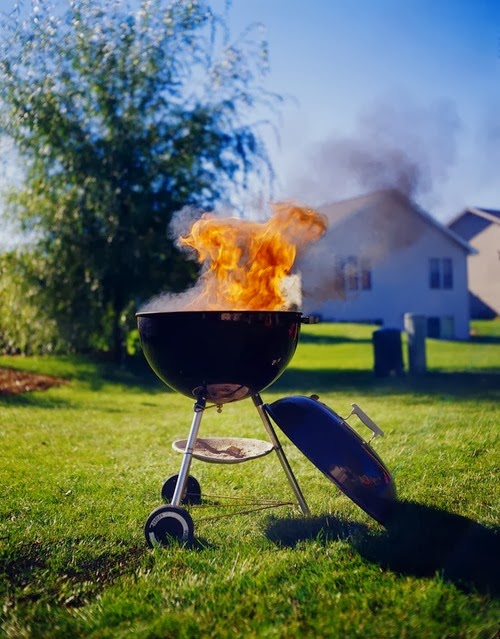 With a beer in one hand (to put yourself out when you catch fire) and tongs in the other you dash headlong into the flames, turning that which seems scorched enough and moving to the side that which is still on fire, then dash back checking for burning eyebrows and forearms as you do. A long slurp on the beer about now will cool your burning throat..
Now stand back for a few minutes as you recover from the incineration, slurp a few more times on the beer still in your hand and laugh with friends, telling jokes about women, cars, work or the weather. All to soon it's time to tackle the flames again as you prepare by drinking more beer for the upcoming fight, thankful for the fireproof apron and burn cream already rubbed into the groin.
Before long though the cooking is over as most of the meat is set and shrunk like a rubber shoe sole, a sure sign that it's cooked enough. Regardless of the amount of carbon on the surface the cook declares the meat 'cooked' and 'perfect'.


*Of course you've locked the dog away in the back room from where he looks at you all day like this through the window... 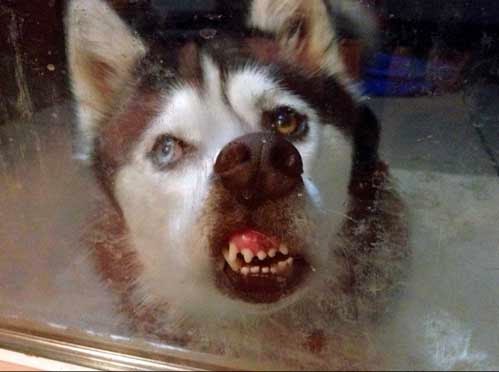 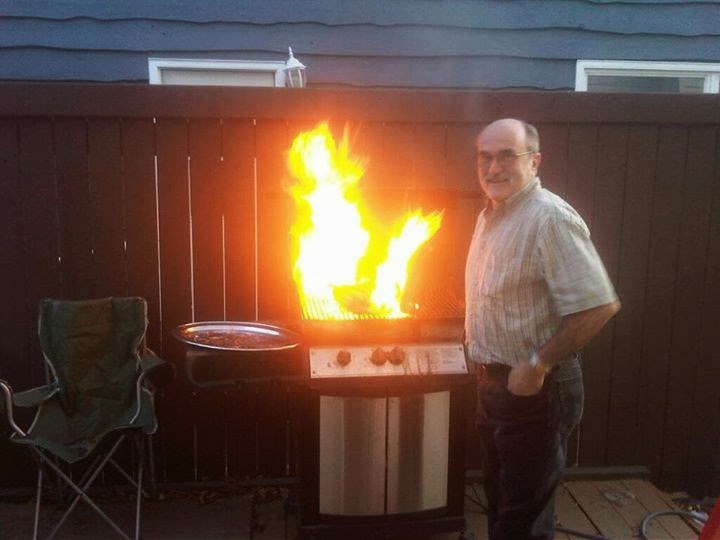 *You can even BBQ in the great outdoors by mounting the BBQ on the boot of your car like this tripper, you could BBQ as you wait for the kids to come out of school or even while filling up with fuel. (Watch out for the police though) 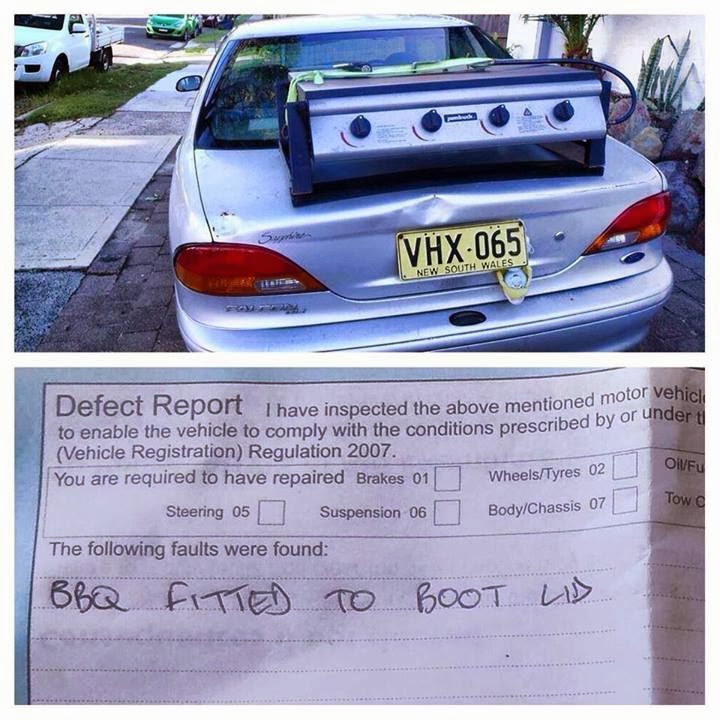 My husband is quite attached to grilling, and, in particular, the tongs. :-)

Ah yes..the tongs. Good for chasing children, animals and so I hear...turning food. Max goes mental when you come at him with tongs, I guess thats my fault for chasing him with them since he was a puppy. (if he was too slow I nipped him on the butt)

My first hubby used to love barbecueing, so simple he'd say, no dishes, no cooking; completely ignoring all the kitchen work involved in feeding half a platoon of his mates. And guess who got to clean the barbie the next day?

Hi River, I'm sure it's been that way since the first caveman cooked the first Dinosaur...

Is this based on personal experience perchance?

BTW, I don't think you had enough beer.

Ive cooked a lot of BBQ's TSB... and ruined my fair share but this comes from my years of people watching. (like Bird Watching but with more chance of being punched in the face) Australia day has recently passed and the tradition is to have a BBQ on that day so I did some reflective gazing.

I had to reblog that on Fizz

The Best and Fairest